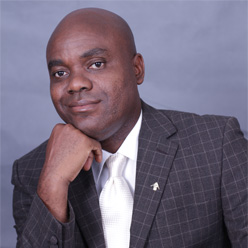 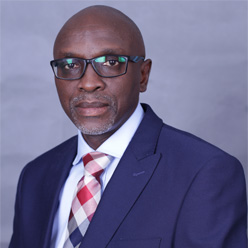 Adeyinka Onigbanjo; is Group Head, Investment & Portfolio Management at Ibile Holdings Limited. He leads the team that is responsible for the investment, management and security of the Group’s real assets comprising undeveloped land, developed buildings and real estate prospecting with JV Partners.

He has HND (Upper Credit) in Urban & Regional Planning from Kaduna Polytechnic and B.Sc. Accounting (2nd Class Upper) (1994) from the University of Jos wining the best graduating student award in Public Sector Accounting.

Since joining Ibile in 1999, Onigbanjo has worked in several Departments of the Company including, Finance, Administration, Management Control, Corporate Finance, Property and Special Projects. He was honoured in 2009 as the Employee of the Year.

He led the in-house team that conceptualized and developed Platinum Rows Estate, Lekki; Ibile’s flagship luxury terrace residential project. He is a team member on the Ilubirin Reclamation Project; a prime project to reclaim and develop approx. 48ha at Osborne Foreshore, Ikoyi and the Green park Residential Scheme; the development of approx. 50ha parcel of land at Fidiso, Abijo, Lekki.

Onigbanjo represented Ibile Holdings Limited on the Board of the Lekki Worldwide Investments Limited (LWIL); between October, 2010 and June, 2015. He chaired the Board’s Finance & Investment Committee and was a member of the Project Committee.

He has attended development courses. He is married with children. 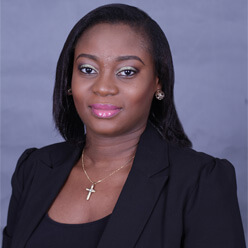 She earned her Bachelor of Laws Degree from the Olabisi Onabanjo University, and was thereafter called to the Nigerian Bar. She obtained a Master of Laws degree in International Business Law from the University of Hull, United Kingdom and is also an associate member of the Charted Institute of Arbitrators United Kingdom.

In her role as Company Secretary in Ibile Holdings Limited, Omowunmi oversees the Corporate Secretariat and the Legal Advisory Department.

An advocate for the entrenchment of Corporate Governance values in public institutions, Omowunmi’s strength lies in her dedication, attention to detail, intellectual prowess and her ability to bring her vast legal experience to the fore in her roles in both the public and private sector. 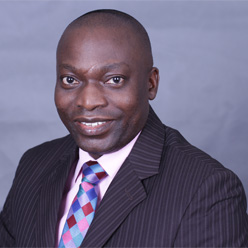